Why Does Santa Ring the Doorbell?

Have You Been Visited by Santa?

On Christmas Eve, I remember being excited about having a visit from Santa Claus as my twin, Costa and I would be waiting anxiously in our bedroom for his arrival. My mother would tell us to be very quiet and still as we awaited the BIG guy in the red suit! I was so happy because I knew he was bringing us a number of gifts and if I was lucky, I may get a glimpse of his sleigh and reindeer! My brother and I would sit and whisper to one another wondering what gifts we may get for Christmas!

Eventually, around 11:45 pm or so on Christmas Eve, our front doorbell would ring. I would hear my mother open the door and speak Greek to someone who I could not see as I was in hiding in the back of the house in the bedroom. Just like little children, we would crack the door open to the bedroom and peak to see who was talking to my mother. My brother and I would think, “Could it be Santa Claus?”

As we peered through a cracked door, we would get a glimpse of a somewhat thinner man with a red suit and a long white beard. After a while as we got older, we would wonder if that was really Santa or someone else like maybe our Dad. Before we knew it, the man in the red suit would leave a large bag under the Christmas tree for all the siblings. Once Santa left, my mother would call for us to come out of the bedroom. We would quickly run toward the living room to see what was left in the bag for us! To our surprise, there were several gifts wrapped, so we would wait for our mother to distribute them appropriately and then we would eagerly open them all! My mother had quite an impeccable memory knowing which child would receive each gift.

This was a very exciting and fun memory of my childhood. At a younger age, we believed that Santa Claus was coming to visit us each year. What was interesting was he always rang the front door making us wonder was that Santa Claus or our father. After a while, our mother couldn’t keep the secret to herself. We slowly realized that Santa was our father and although we were now old enough to understand, we still continued to play along so we could have that feeling of excitement while opening our gifts at Christmas time. 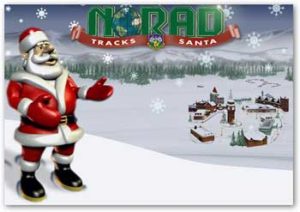